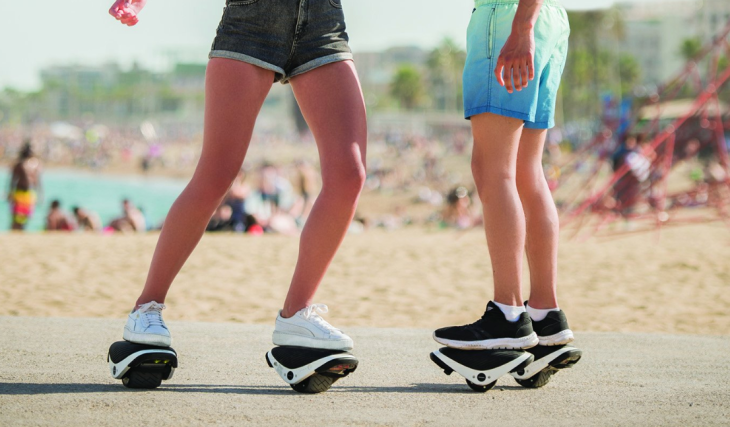 Did you know Segway  is making a pair of self-balancing roller shoes? It is! The company has been tinkering with all sorts of new form factors since it was acquired by Ninebot in 2015, from half-sized Segways to kick scooters. Next up: inline shoe… platform things.

Called the Segway Drift W1s, they sorta look like what would happen if you took a hoverboard , split it in two and plopped one half under each foot.

It released a video demonstrating the shoes a few weeks back. Just watching it makes me feel like I’ve bruised my tailbone, because I’m clumsy as hell.

Pricing and availability was kept under wraps at the time, but the company has just released the details: a pair will cost you £399, and ship sometime in August. Oh, and they’ll come with a free helmet, because you’ll probably want to wear a helmet.

A new product page also sheds some light on a few other previously undisclosed details: each unit will weigh about 7.7lbs, and top out at 7.5 miles per hour. Riding time “depends on riding style and terrain,” but the company estimates about 45 minutes of riding per charge.

I look forward to trying these — then realizing I have absolutely no idea how to jump off and just riding forever into the sunset.