How Do Electric Bikes Work?

We’re not quite two decades into the 21st century, and technology is rushing ahead faster than ever before. The bicycle industry, for example, is far from lagging. With the introduction of electric bikes, the industry garnered itself a tremendous amount of attention.

As a refresher: an eBike is a bicycle that has an electric motor powered by a rechargeable battery. It is just an improved variety of the traditional bicycle. With the help its component parts, including the battery and motor, an e-bike can reduce the effort it takes for a cyclist to ride. More power equals less exertion. Riders of e-bikes can travel longer, cover greater distances and climb steep hills with less effort.

Many people have seen the features of an eBike, and they are interested in using this energy efﬁcient means of transportation. But the question they ask is, how does an eBike work? If you fall in this category, then reading this article is a good start. However, if you are in the category of people who already understand the principles of electric bikes, this article will further strengthen your knowledge. Here we go!

Electric bikes are like traditional bikes, but a unique difference is that they operate on three basic components. These include the battery, the drivetrain and the electric motor. All these components work together to generate the power needed to move the eBike without pedaling. 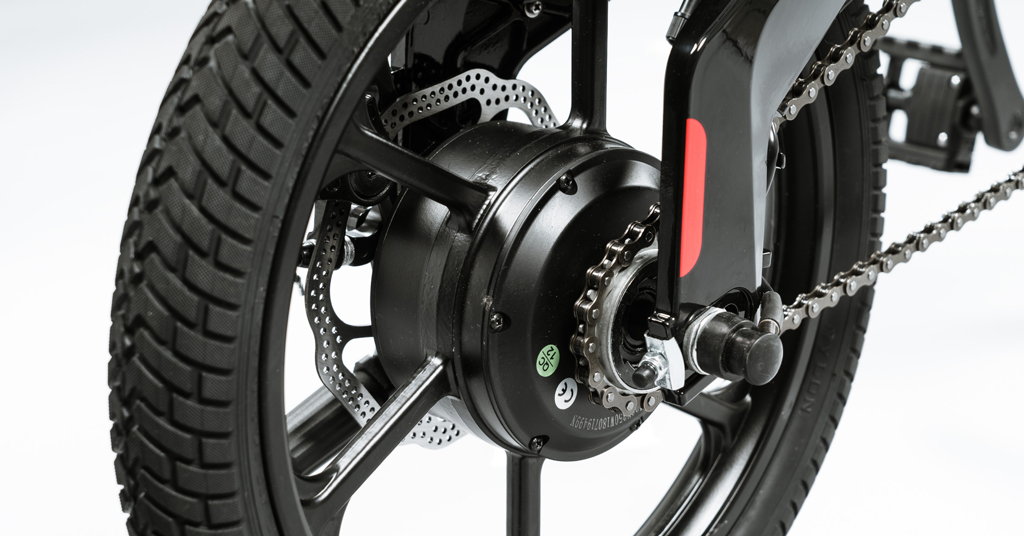 This is the most essential component of an electric bicycle. The battery might be the deﬁning feature of any eRideable, whether it’s an electric scooter or eBike. In fact, it’s the advances with battery technology that, in many ways, have helped push the eRideable market into the limelight.

So, what makes a good battery? How far can I expect it to go on a single charge? Today’s high-quality eBike batteries should give you a range between 12 and 15 miles. In the case of an eBike with pedals, the maximum travel distance would increase the more you pedal. On the ﬂip side, if you motor more and pedal less, you’ll have to recharge your battery a lot sooner.

Beyond this very functional approach to judging a battery’s quality, there is the matter of aesthetics. Batteries shouldn’t distract from the riding experience. Nor should they hinder your ability to ride the bike. A good battery would be integrated seamlessly with the design and build of your eBike. And it should also be small enough to allow for a lightweight, compact design.

An electric motor takes electrical energy stored in the battery and converts it into mechanical energy that propels the wheel. There are three kinds of motors: front hub, rear hub and mid-drive.

Front hub motors pull the eRideable forward. Front hub motors are great for electric bikes with multiple gears, because they don’t interfere with the bicycle’s drivetrain (more on drivetrains later). Cyclists can ride with the pedal power from the rear wheel while getting help from the motorized front wheel.

Rear hub motors push the bike forward, which often feels more natural to those accustomed to riding conventional bicycles, since they also generate power at the rear wheel using a chain and gears. They can be tricky to install and difﬁcult to repair. Electric bikes with this type of hub motor tend to be back-heavy.

Mid-drive motors are less common, but they are growing in popularity. Instead of being on the front or rear wheels, mid-drive motors deliver power directly to the eBike’s drivetrain. Centrally placed on the bike, they deliver a more balanced, natural riding experience.

Electric bikes are designed to make biking much easier for all. With your bike, you can move forward, explore more and enjoy new adventures. If you are ready to get all the excitement in the world of electric bikes, check out what we have at Swegwayfun  HERE